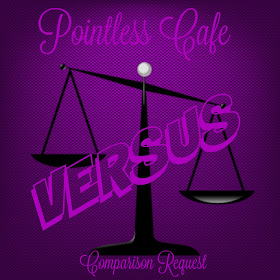 So...how close IS the New Essie Starry Starry Night to the Original? Catch me after the jump...

The new one is still a jelly-ish polish but it's more opaque and a bit um...gooey-er? The glitters are also larger and fewer and because you don't layer as much for opacity, the little glitters that got sandwiched in and appeared blue aren't really there. It's also more royal blue than the original. 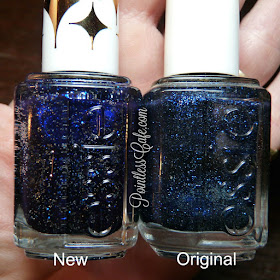 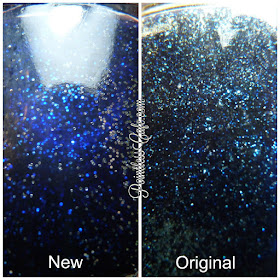 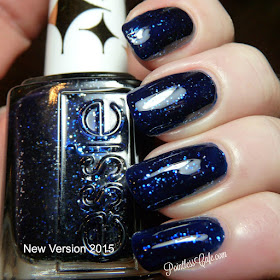 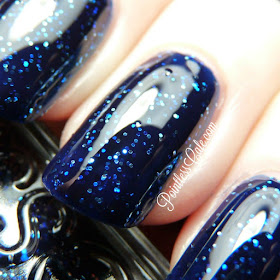 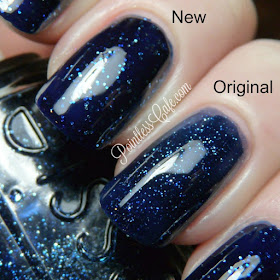 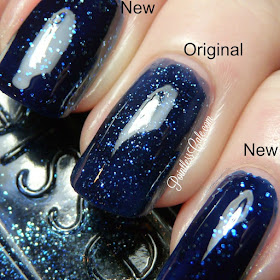 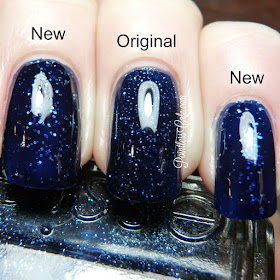 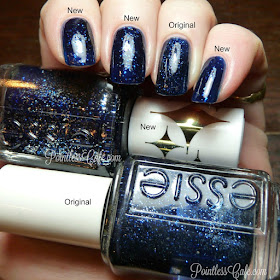 And there ya go! I am not a huge fan of Essie. I have maybe 3 total. Well 4 now with this new SSN version. But the original was, well, original back in the mid-80s. And the formula is good. It's the first "jelly" that I know of and while it does smell a bit stronger than the new one, the formula and wear is good.

The formula on the new one just isn't all that and neither are the larger, sparser glitters.

I was going to do a new comparison with CbL Twinkle Twinkle Little Star and these two but that one seems to be missing in action at the moment. 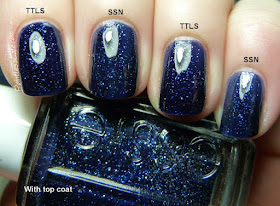 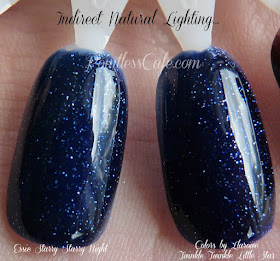 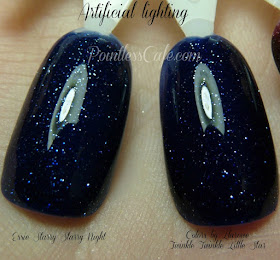 And the photos I did of the comparison of KBShimmer Carpe Denim and the original Essie SSN... 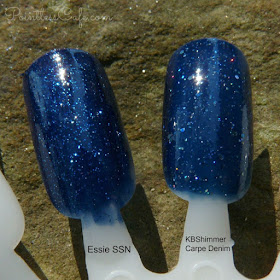 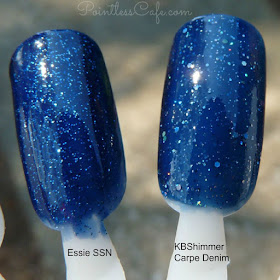 Edited to add: This morning, after it's 100% dry, I noticed that I can feel the glitters in the new version and the old version is glass-smooth. Same top coat used on both.

And I had a request to see them with a matte top coat...a bit blurry but you get the idea. 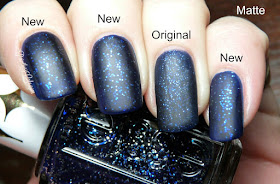 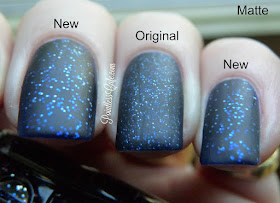 What do you think? Will you be searching for the new version of Essie Starry Starry Night?

Thank you for commenting! I love hearing from you...Please do not post links in your comments as they will be automatically deleted. If you would like me to look at your site, please contact me via email. THANKS!